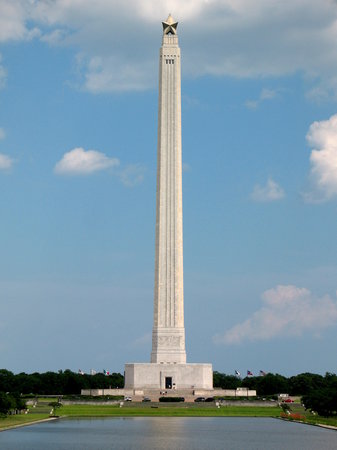 The San Jacinto monument stands 567 feet over a battleground upon which a ragtag army changed the trajectory of world history. A few hundred Texians surprised the President of Mexico and his army in an afternoon attack on April 21, 1836. Eighteen minutes later, the Texians had won their revolution against the tyrannical Santa Anna, who had run away in fear. The San Jacinto monument, begun in 1936 and completed in 1939, stands as a reminder of this glorious victory. But while it’s the biggest, it’s not the only one. Learn more about the multiple San Jacinto monuments in the latest episode of Wise About Texas.