EP. 61: Texas and the Great War, Part 1-Unrest on the Border 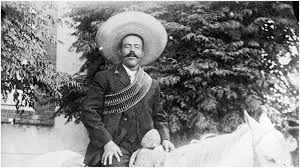