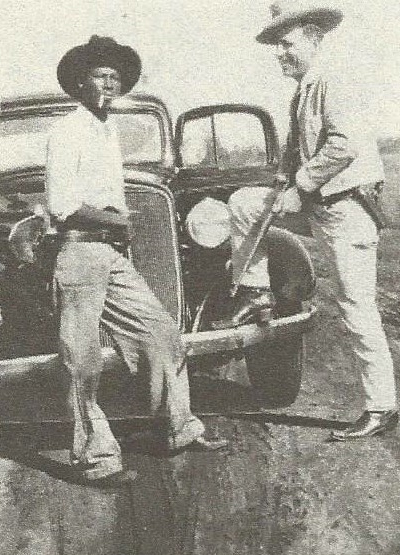 San Augustine had a crime problem in the 1930’s. A semi-organized gang was preying on the black community and something had to be done. The problem was compounded by a corrupt governor who had all but destroyed the Rangers. But new Governor James V Allred cleaned up the Texas Ranger force and restored it to its rightful place as one of the nation’s premier law enforcement organizations. Then he sent them to San Augustine. The Rangers cleaned up the town and broke down some Jim Crow barriers. Hear the story of how the Allred rangers cleaned up San Augustine in this interview with one of the premier Texas Ranger scholars in Texas, Dr. Jody Edward Ginn.