The Siege and Battle of Bexar: Episode 6

In December, 1835, the Mexican army surrendered the major city of Bexar to the rebellious Texans.  Learn about the grass fight and the capture of the pots and pans!  You’ll also learn about the pivotal role BBQ played in the cause of Texas independence! 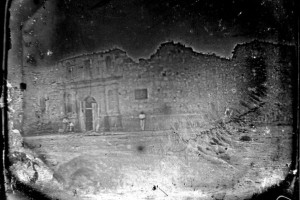 The Alamo in 1849. This is the oldest picture of the Alamo and probably the closest to an “1836” view we’ll ever get. 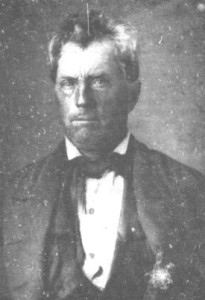 Gen. Edward Burleson who commanded the troops in the battle.

The flag of the New Orleans Greys. The Greys participated in the battle and one of them challenged Deaf Smith in the cannon bets. This flag was captured at the Battle of the Alamo and is on display in a Mexican museum. 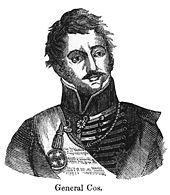 Gen. Martin Perfecto de Cos, commander of the Mexican army at Bexar. 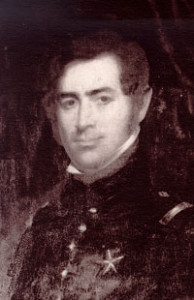 Ben Milam who rallied the Texans and was later killed by a Mexican sniper outside the Veramendi palace.

2 comments on “The Siege and Battle of Bexar: Episode 6”